When generating a new version of your dataset, click on "Step 2" (Train/Test Split): 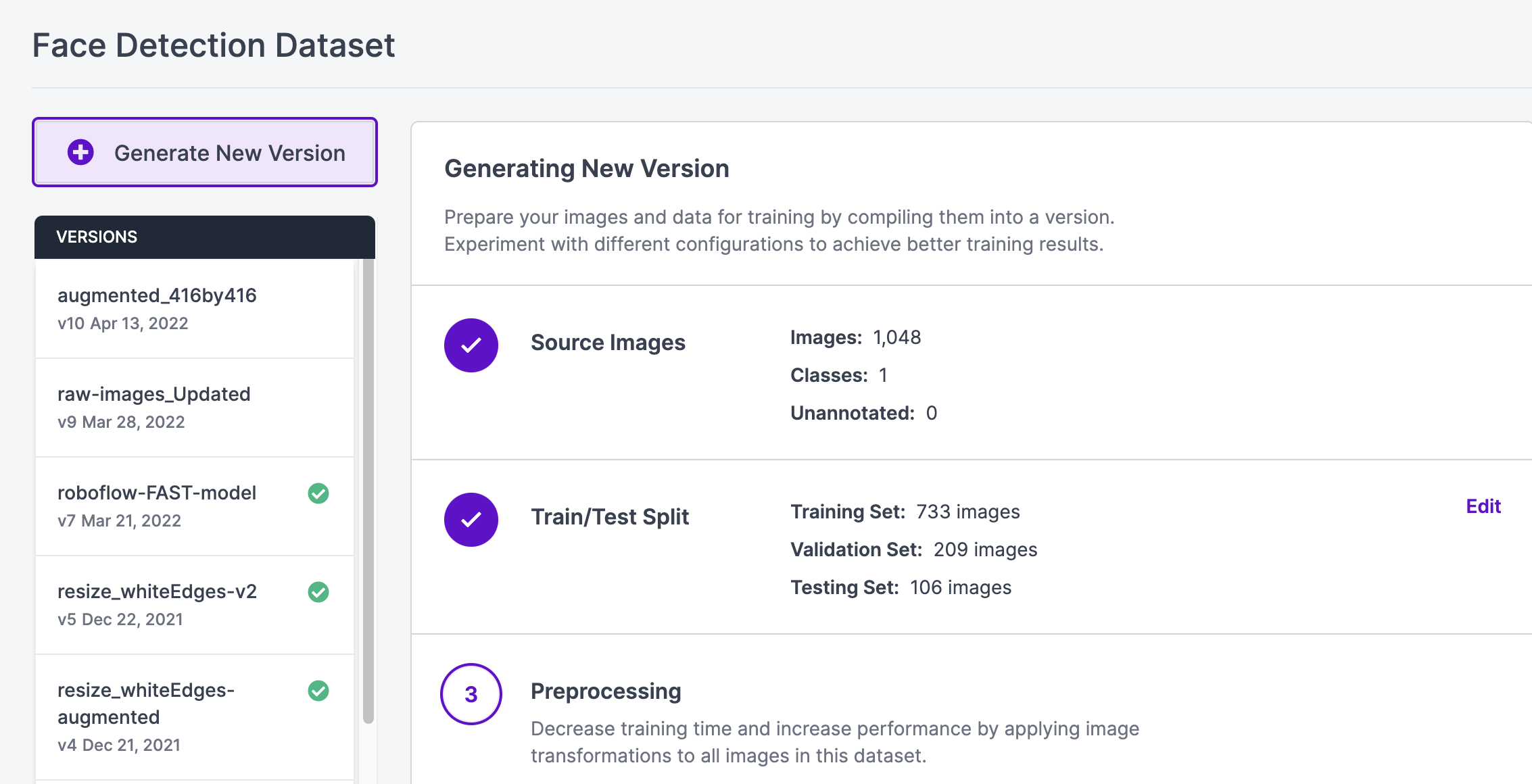 As a reminder, you can also choose to upload images to only training, validation, or test set if desired.